Applications of Wireline Technology in Oil and Gas Industry

Wireline is the technology that is used in the field of oil and gas wells. To push the equipment downwards in the well, this cabling technique is applied. It has an electrical wire that goes down into the well and transmits the data about geophysical conditions down there.

The tools used in this technique are designed to withstand very high temperatures and pressures. Pressures in gas well go as high as 30,000 pounds per square inch (psi), and the temperature in some of the geothermal wells goes all to way to 500 degrees Fahrenheit. Deep in the earth’s surface, some corrosive gases like Hydrogen Sulfide can occur as well.

Uses of Wireline in the Industry

The method of retrieving logging measurements through the metal piping upon completion of the well construction is called cased-hole logging. This is used by the operators of the industry to gather more sophisticated information and data of the wellbore, which has already been completed. The metal pipe that is used is the wireline.

The American oil and gas industry has been on an uphill for quite some time, and thus needs more advanced and state of the art technology to keep growing at a much faster rate. To do this, the industry needs the technology that can provide them with the data that can be interpreted and used to determine the zones and depths from which oil and gas can be found.

What Functions must a Wireline Perform

Since it has to go very deep inside the earth’s surface, it must be capable of withstanding the severe conditions. The functions that it must perform are:

There are numerous electric wireline services in the US, and all of them have been striving to make the make the lives of Americans easier in one way or the other.

Not just while going down, the measurements are taken while bringing the tool out as well. This is done to ensure that the tool is kept subjected to tension while in process.

Can a Wireline fail while Working

Well, it is a cable made of some metal, and metallic structures do fail if they are subjected to the forces more than they are designed to handle. Corrosion, fatigue, wear, and bending are some of the reasons the cable breakdown. Maintenance plays a crucial role here in keeping them away from calamity.

The frictional drag on the cable and tool makes it experience variable magnitudes of tension every time it goes in there, and come out. Although the spooling speed of the cable generally has no limit, it must be noted that it affects the tension in the cable and thus in the rotation and torque.

The drill string can sometimes get stuck down there, and this is when the operation; pipe recovery is used. This is the process by which the free pipe is separated from the pipe that has been stuck. 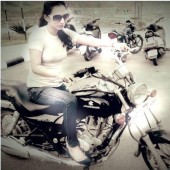 Kavita Verma is an experienced writer. She has majored in education and business. A certified educationist making people aware of education system and business strategies through her articles since 2007.

Probability and Statistics for Engineering and the Sciences by Devore-9th ed.

The Electrical Engineering Handbook by Dorf